In short: Perfectly preserved dinosaur footprints were found in sandstone slabs, which weigh on average from several hundred kilograms to several tons. They were hard to transfer from the clay mine in Borkowice, so structured-light handheld 3D scanner was used to digitize the footprints for further paleontological studies.

The aim: Digitization of trace fossils to derive information about the activity of local dinosaurs.

Until recently it seemed that in Poland there was little chance for spectacular discoveries of Jurassic remains. However, the summer of 2021 has changed this belief. A geologist from the Polish Geological Institute (National Research Institute), Prof. Grzegorz Pieńkowski, PhD, and Dr. Grzegorz Niedźwiedzki from the University of Uppsala (Sweden) discovered numerous perfectly preserved tracks of carnivorous and herbivorous dinosaurs. The tracks belonged to the Lower Jurassic period and remained on the sandstone slabs in the quarry in Borkowice. 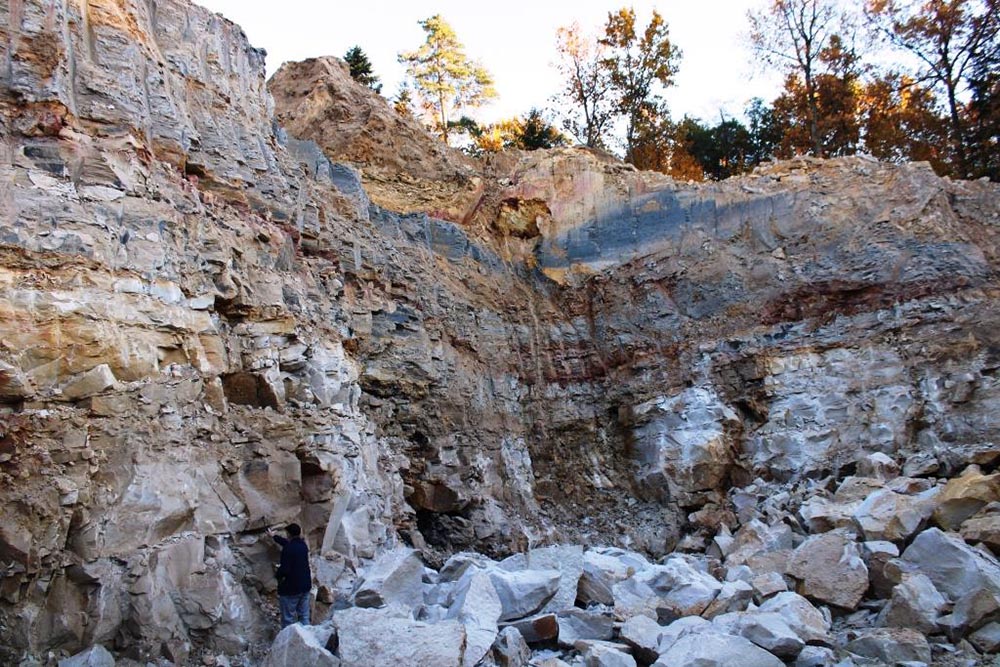 The quality of the preserved dinosaurs’ traces is spectacular and can be clearly seen by the naked eye. The discoveries indicate a complex faunal assemblage that inhabited the area 200 million years ago. The largest carnivorous dinosaur footprints ever registered in Borkowice are almost 40 cm long. 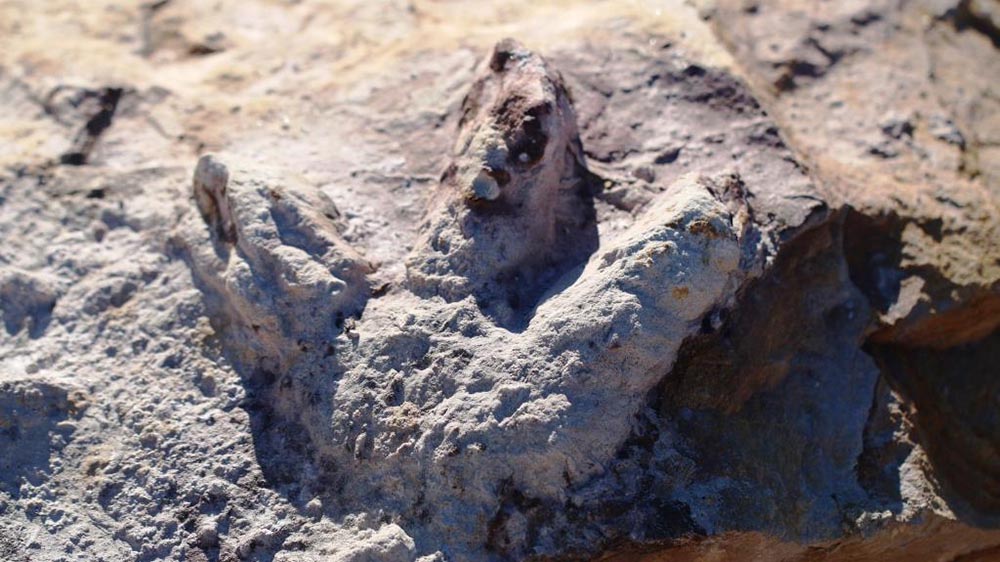 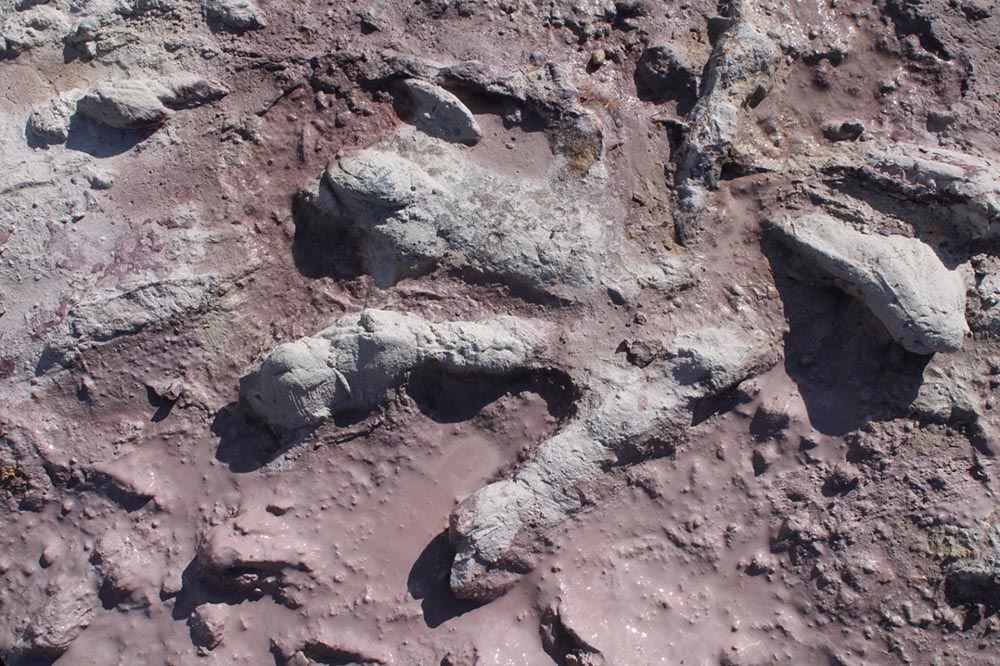 "For this state of preservation to be possible, a very special sequence of events must have occurred in a short period of time: the receding of the lagoon waters from the area, the exposure of the clay bottom, the entry of the dinosaurs onto the still plastic (but not too bouldery) ground, the drying of the substrate and the consolidation of the tracks (as evidenced by the fissures from the drying that cut through some of the tracks), the rapid flooding of the area again and the equally rapid covering of the surface by the sedimentation of the sandbank of the overlying barrier - by which the tracks were consolidated as natural casts" - says Prof. Grzegorz Pieńkowski.

The rare trace fossils are the subject of geological, sedimentological and paleontological research. Unfortunately, the sandstone slabs are heavy to transport for further analysis as their weight varies from several hundred kilograms to several tons. Moreover, many components of fossils can’t be dislodged without damaging the object. That’s when 3D scanning comes into play. 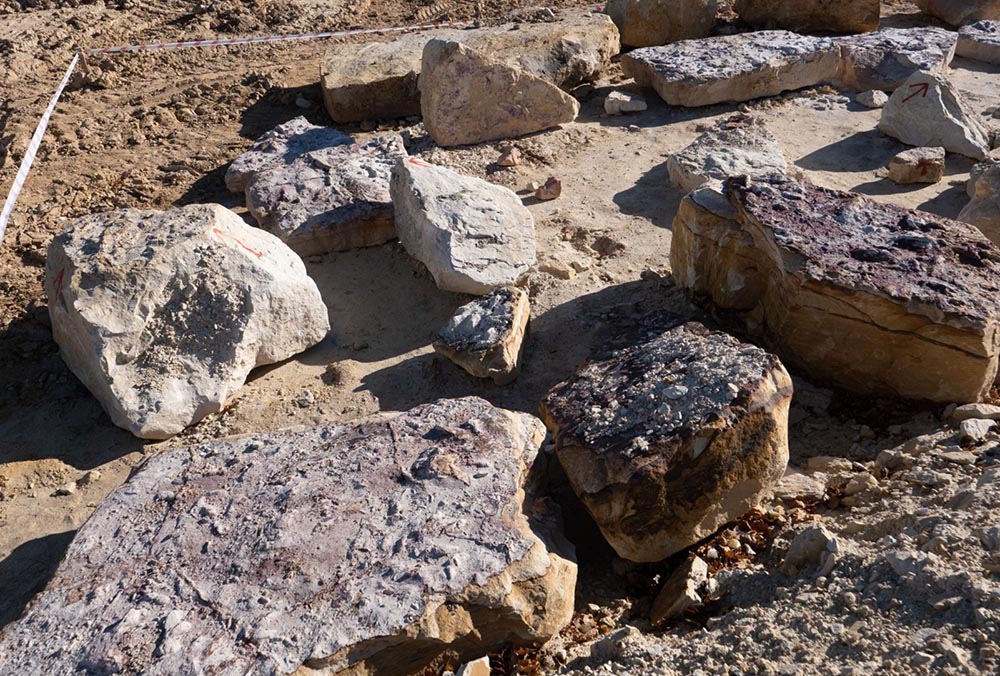 The footprints were scanned by Calibry 3D scanner. It’s lightweight and easy to operate – a good choice when someone needs to work on site. Hi-res data enabled the specialists to capture the fossils in maximum detail. 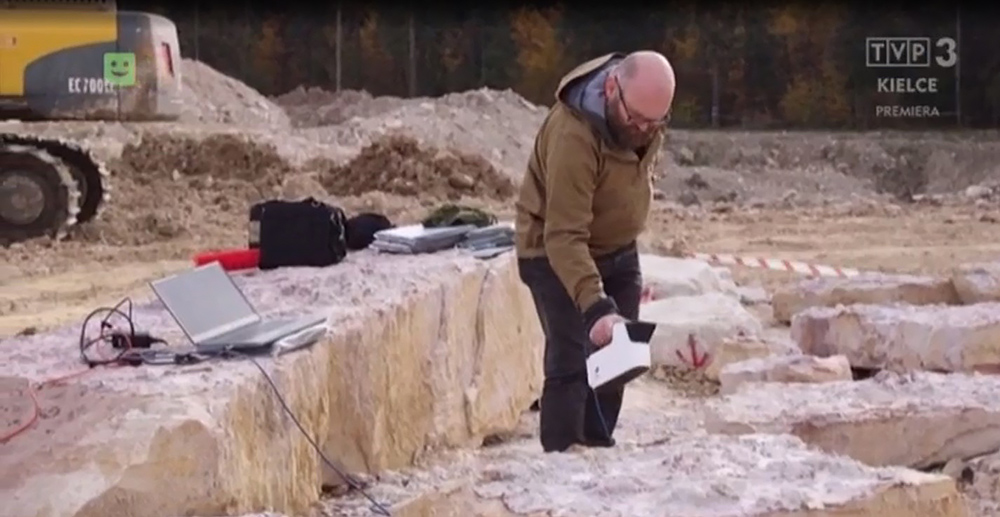 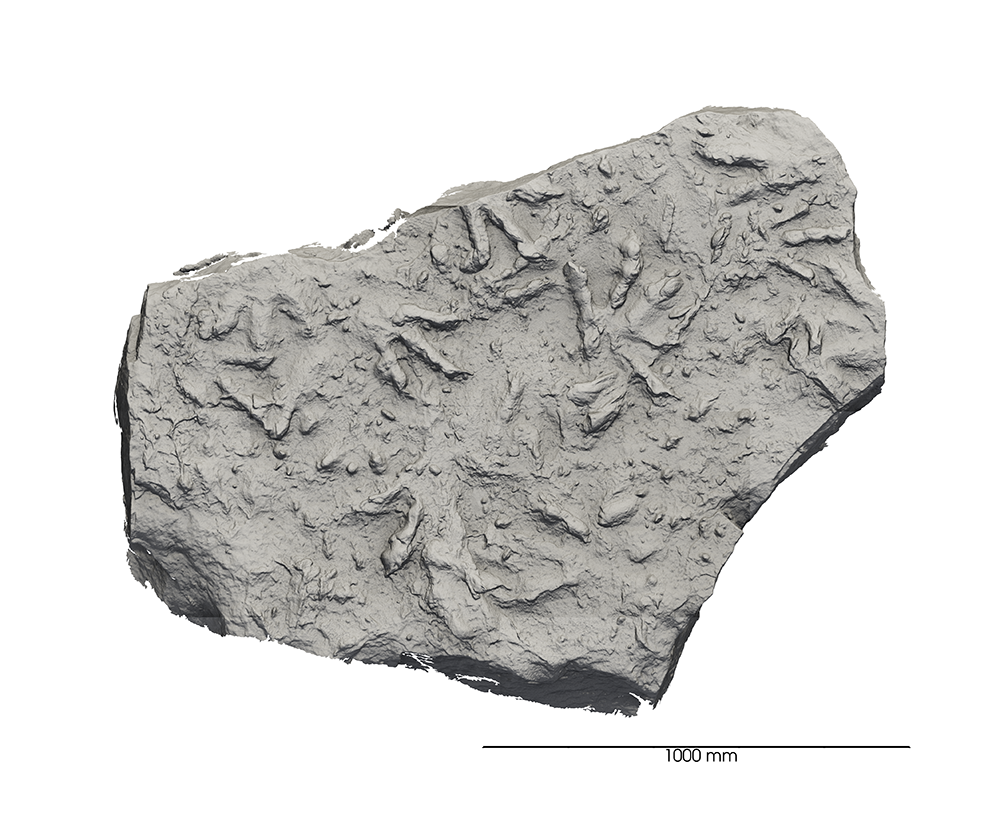 The study of trace fossils is crucial for paleontologists as it helps to learn about the ancient organisms’ behavior. Thus, the footprints and tracks can tell the scientists whether the dinosaurs traveled in herds or alone, how they protected themselves against predators (for example, by keeping their young ones in the center of the migrating groups). Paleontologists can estimate the weight of the species, their gait and speed. 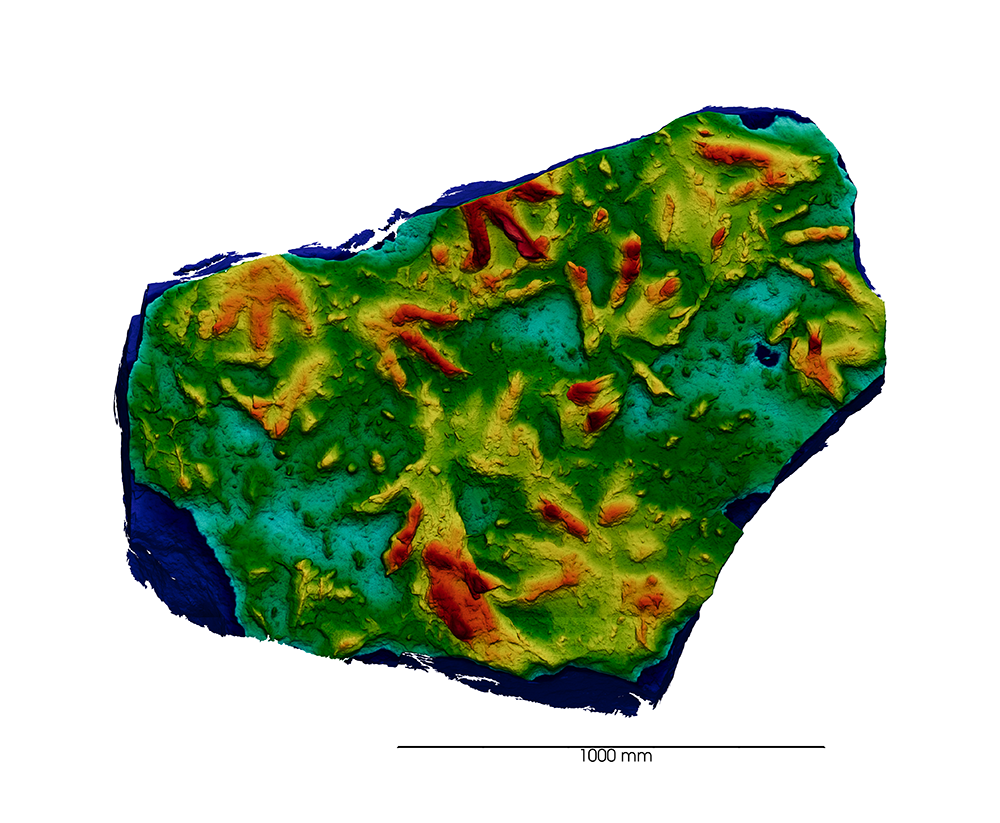 "In the traces left by dinosaurs one can read their behaviour and habits. Thus, in Borkowice we have tracks left by dinosaurs running, swimming, resting and sitting on the muddy sediment, as well as many enigmatic biogenic structures, probably connected with various life activities of dinosaurs living there (e.g. tracks of feeding or burrowing in the sediment). The tracks indicate an exceptionally complex faunal assemblage inhabiting the area." – comments Dr. Grzegorz Niedźwiedzki. 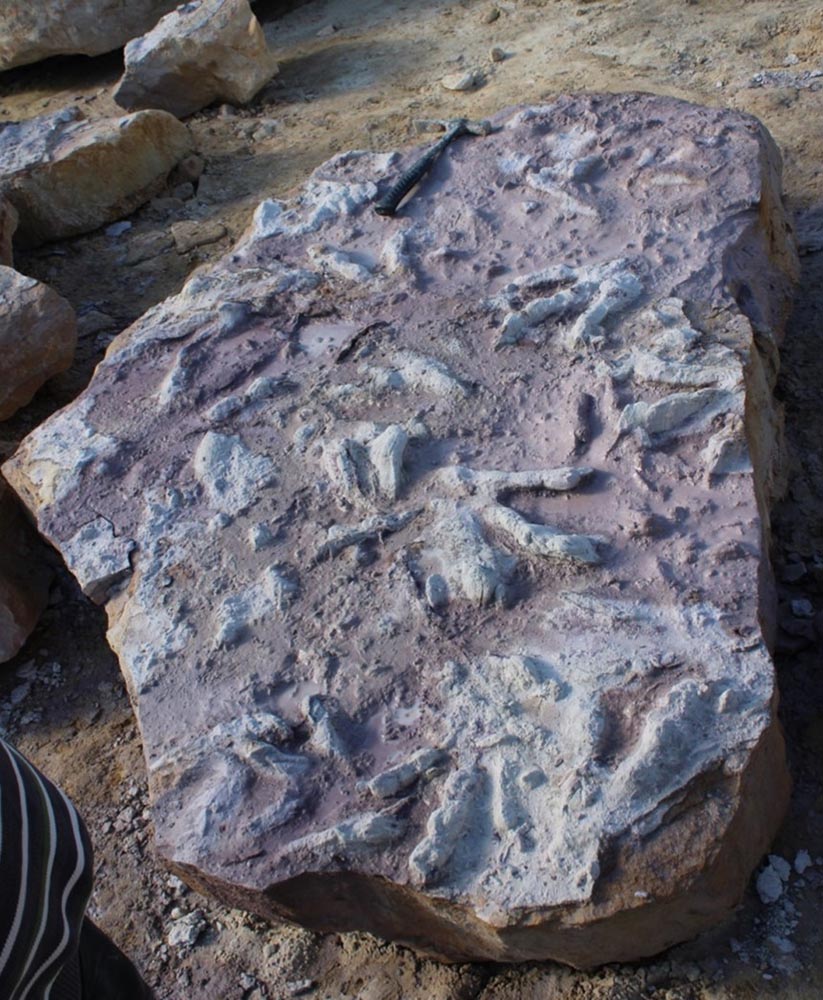 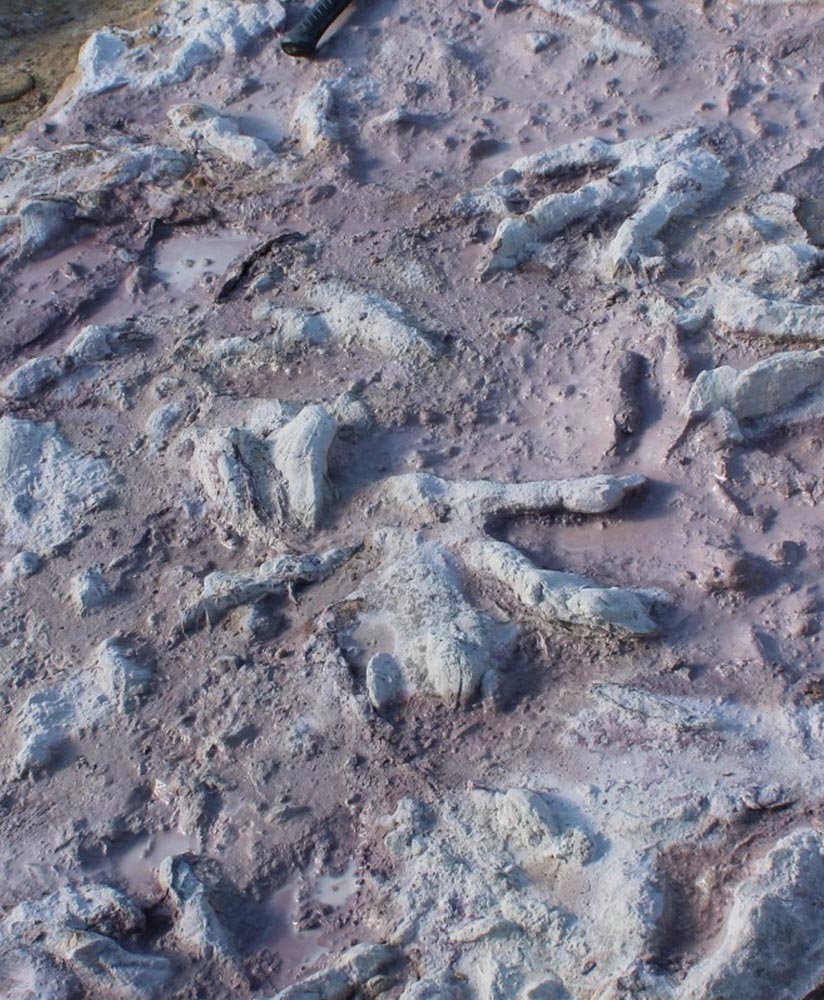 3D scanners are widely used in paleontology for non-destructive analyses, documentation of field sites and preservation of findings. They also increase the accessibility of the discoveries by scientists and museums. Thus, a few surfaces with footprints that have been found in Borkowice are of the highest value not only scientifically, but also as an exhibition and museum site.

The prospects for exploration in Borkowice are promising. Administrative procedures are also underway to establish a documentation site and place it under protection.