Last week we made the world a more beautiful place…or at least that’s the way we look at it. A local art college (Glazunov Academy) asked us to help their students with final projects. Their graduation assignment: realistic, life-sized clay sculptures. Some of them chose to portray Biblical figures, while others wanted to capture the beauty and elegance of a ballerina. But no matter where they found their inspiration, we were amazed at how life-like and unique each sculpture was.

This was not the first time we used our 3D scanners to digitize large sculptures. Last semester, we performed the same feat at this college, but previously, we used the Thor scanner, whereas this time, we decided to put the Drake Maxi to the test. Both scanners performed admirably, but while Maxi achieved slightly higher resolution, Thor took less time because it has a slightly larger field of view. And for statues as large as these (2m/6ft+), as we’ve concluded, Thor is the more appropriate tool. 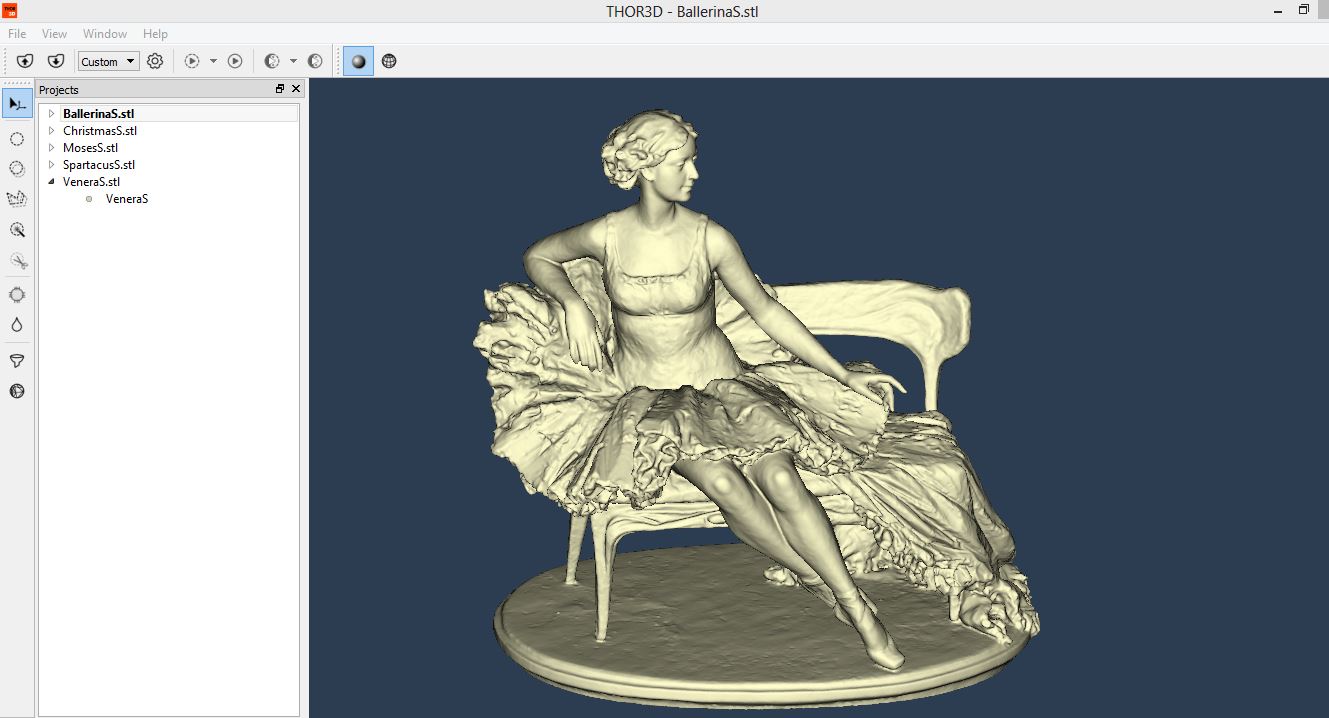 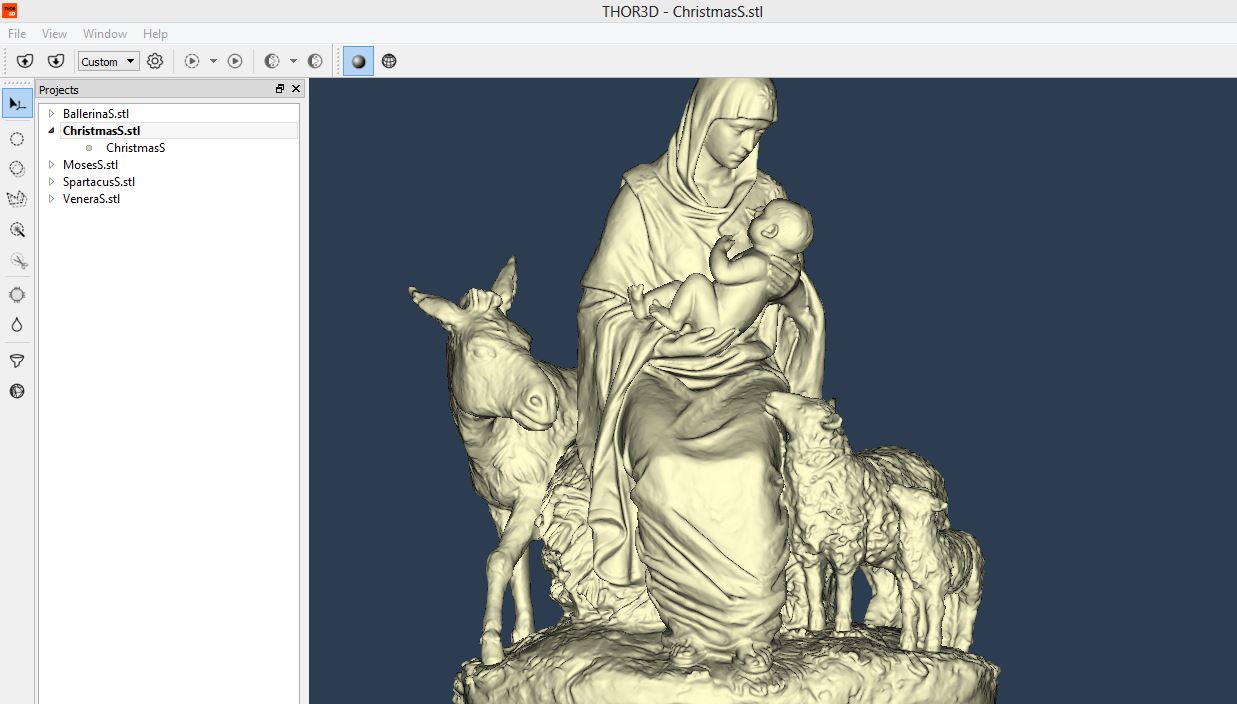 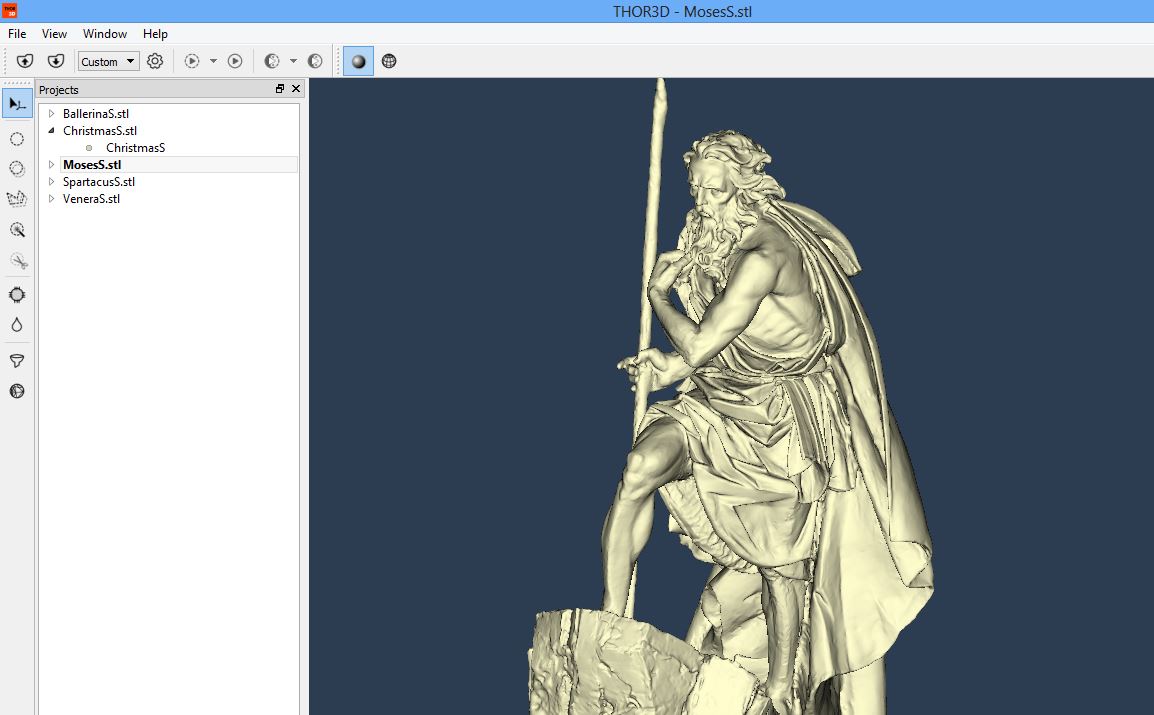 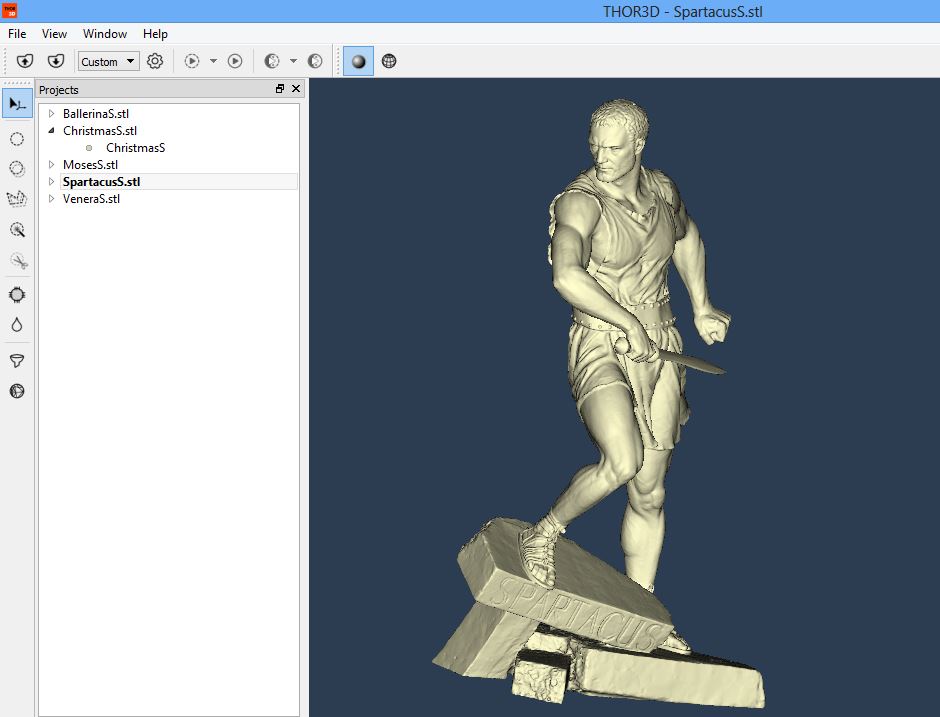 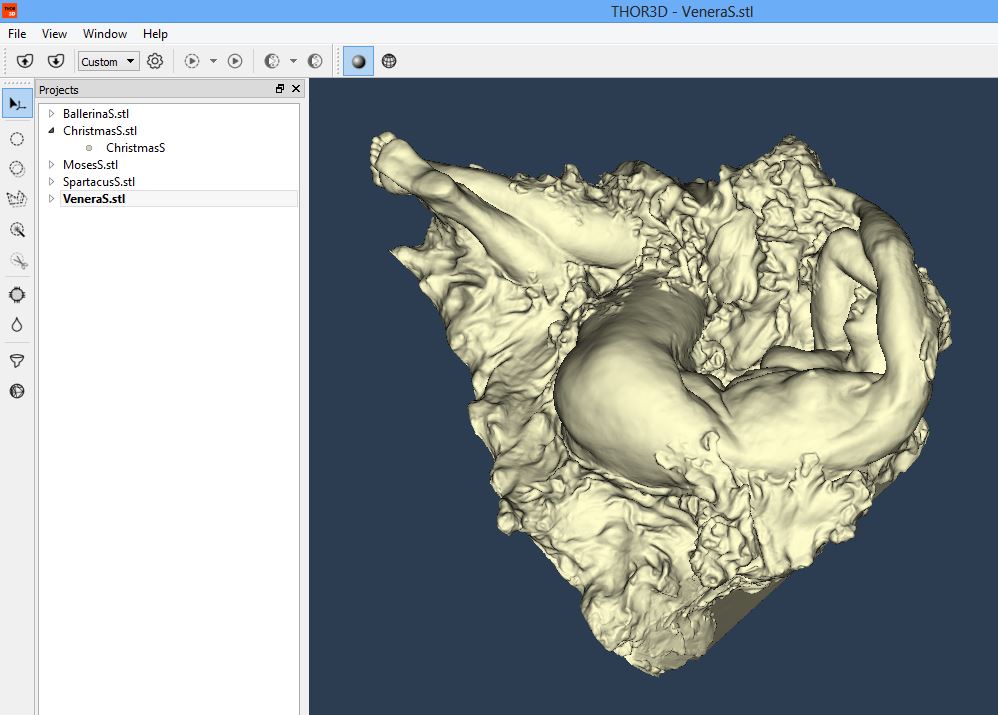 Scanning took about 2.5 hours (about 30 minutes per sculpture). We brought our laptop with us, so after scanning the first statue, we got the post-processing going simultaneously. By the time we left, 3 out of the 5 statues were completed. Truth be told, the battery died about half way through the process (Drake’s battery lasts about 90 minutes), but since scanning was done indoors, we just plugged the scanner into the nearest outlet and finished the job. Back in the office, we finished post-processing for the last two sculptures and simplified all of them because such high resolution wasn’t needed. We reduced the file size by about half and “Moses” was the largest of the files by far. Four out of the five sculptures were around 200MB before simplification and about 100MB after (Moses was 400MB before and 200MB after).

The way we see it, by helping these budding young sculptors, we’ve made the world just a little more beautiful and joyful. Coming back to the office, we bought ice cream. What a great day!