Home Blog A FEW WORDS ABOUT THE NEW LIVE3D FEATURE…

A FEW WORDS ABOUT THE NEW LIVE3D FEATURE… 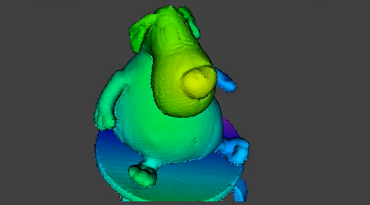 “Live3D“ is a feature that will be available in the upcoming release of Calibry Nest (v3.2). 1 out of 3 new customers asks for it, so it was long overdue for release. So what is it and why is it in high demand?

On the screen of the device, during scanning, the user sees the last 32 frames that were captured. This is useful because this way, you understand the position of the scanner to the object. But it’s limiting because once you walk around the object, you are not exactly sure which parts you haven’t yet captured. If you are scanning a human, for example, perhaps you didn’t tilt the scanner to capture under the armpits or didn’t raise the scanner enough to capture the top of the head? 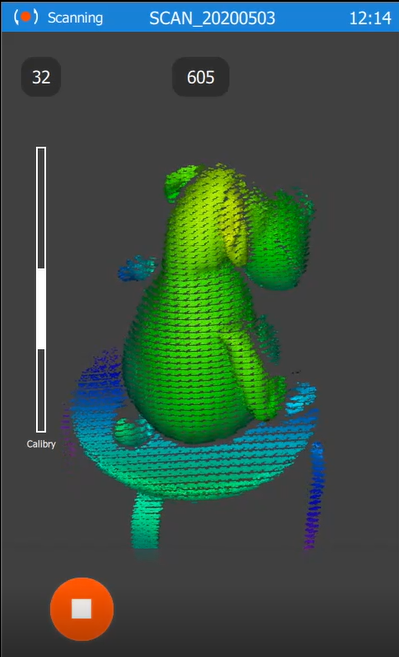 By using Live3D during scanning, you are asking the software to roughly assemble the whole scene, so that once you walk around the object, you see where the holes are and what areas you still need to scan.

Imagine painting a fence or applying icing to a cake. If you couldn’t go back and examine the fence and cake, you wouldn’t be able to tell which parts still need filling in. Live3D constructs the whole scene in real-time, so you go back and fill remaining holes. 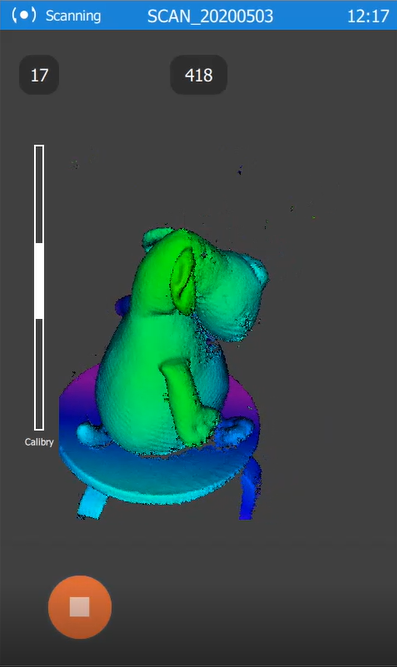 - Live3D can construct an area of 6 by 6 m (~400 sq feet). This is enough for most projects, but if you go past this boundary, the feature will halt. This limit exists to avoid gobbling up the memory (RAM) of your computer.

- Because it is being done in real-time, the scene is being assembled “roughly”. This means that once you come back to where you started, it might appear that the two surfaces don’t match up. Don’t worry, it will all get aligned during post-processing.

- I predict that this feature will be most useful for service bureaus. If you have access to the object you want to scan for a limited time (let’s say a single day), you wouldn’t want to find out the next day that you still have holes in the surface.

As an engineer, I’m amazed by this feature. Computers have become so powerful that we can assemble thousands of frames, millions of points in 3D, in real-time to make the process of scanning even simpler.