Home Blog TO BEAT OR NOT TO BEAT: A THEATRICAL MORAL DILEMMA

TO BEAT OR NOT TO BEAT: A THEATRICAL MORAL DILEMMA 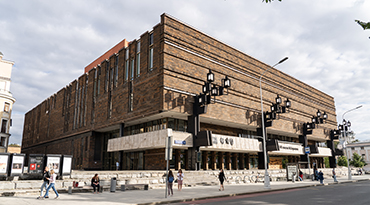 Theater doesn’t always begin with the curtain rising. Sometimes, it begins at the stage door. Well, not quite.  It can begin with a simple text message: “Calibry and Mini. Calibrate both. Don’t forget the power supply.”  That may sound a bit curt, but knowing my colleague Julia, she isn’t annoyed, but simply a woman of few words. With one glance she can easily convey a thousand words.

Moscow Art Theater or MAT for short. The name rings a bell. A change of atmosphere from a dreary garage with an array of motor and power tool sounds amidst burly foul-mouthed men is very much welcome. Instead of scanning car bumpers and trunks, today we will be scanning actors, and hopefully even actresses. 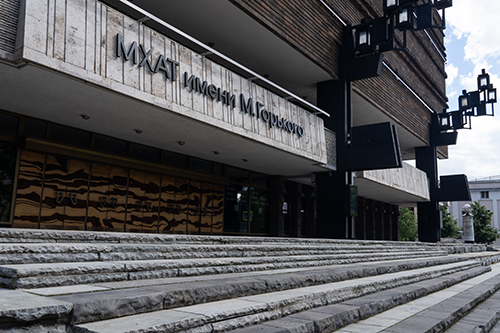 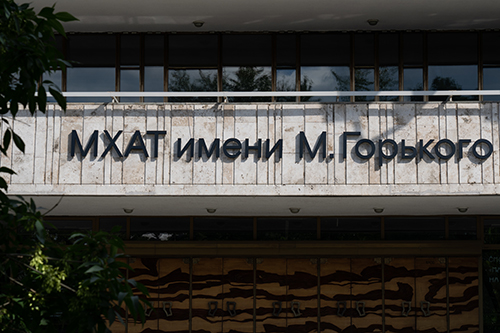 We pack up and get into a cab. Traveling with us are two scanners, two laptops, and a turntable. We are not yet sure what awaits us at MAT. We do not yet know that we wouldn’t be needing the turntable after all.

A quick phone call and a few short minutes later, our guide leads us inside. If it weren’t for him, we would have gotten lost in the narrow hallways in the depths of the theater. Walking along the carpeted hallways, I thought to myself that I wouldn’t have minded getting lost in this place. I hungrily absorb the atmosphere around me. I pass by some actors working out their scenes in various rehearsal rooms. Very casually they throw around “theatrical” phrases like, “Be more lively!”, “Convey the inner world of your character!”, “Why are you so weary?”, “Where are the emotions?”, “Where is the passion?”, “Again!” and “Quiet!” As I listened, I smiled excitedly under my mask. 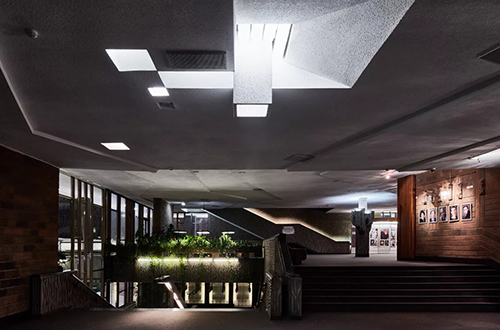 Once our guide drops us off, we are told to wait a few minutes to be invited. We hear a calm voice calling, “Where are the experts who will take our measurements? Let them in.”  Take measurements? I was not prepared for tailoring work, but I’m trying to keep an open mind. I suppose “sewing” a 3D model out of polygons is part of my job description, and I could succeed in quickly making a stylish costume for a reasonable price. Our software even allows us to patch any holes that may appear in said costume.

The rehearsal room has about a dozen people, two rows of chairs, some benches and scaffolding, clearly all part of a set. Stacks of papers, clearly scripts and highlighted notes, bright enough to be seen from the Moon, are strewn about the room. In the corner by the window stands a quartet of instruments. A large bed-sized xylophone, an awesome electric guitar worthy of Jimmy Hendrix, a synthesizer, and an autoharp. My mind immediately considers how all these instruments could potentially sound together.

Julia and I add to the already odd mix of objects our laptops. Theoretically we could have used just one, but connecting each scanner to its own laptop would allow us to work independently of each other. Moreover, we do have two models, a man and a woman.  Much like complimentary puzzle pieces, yin and yang, we have assembled perfect symmetry of the scanners and scannies.

Our goal is clear and simple. The two actors will “die,” and their fellow actors will kick their “corpses.” While I didn’t know the rapport the actors have among themselves, I do feel bad for the pair who will have to play dead, and apparently so does their director.  Actors are quite valuable and fragile after all. It’s for this very reason that the theater decided to commission dummies, who can then easily take the abuse, which will be swapped out for actors while the actors themselves are safe backstage.

To make such dummies it’s important to capture facial details, so that even the keenest audience member couldn’t tell them apart from real actors. For this very reason we brought the Calibry Mini, a scanner with a point resolution of 0.15 mm and a James Bond-like accuracy of 0.07 mm. The level of detail on finished 3D printed models would be convincing even for Steven Spielberg. 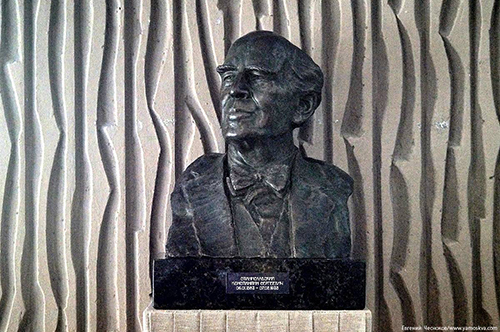 Inside the theater. A bust of Stanislavski K.S. 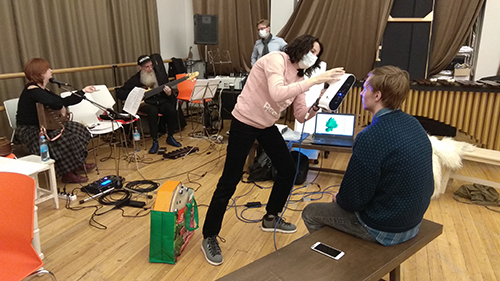 After scanning the faces, we moved on to scanning the bodies of the actors. For this task we used the Calibry, a scanner of a different caliber, which can scan objects from 30 cm up to several meters with a resolution of 0.6 mm. Except that, instead of scanning the actors in a standard t-pose common in the 3D scanning world, the actors are lying on the floor in poses commonly seen by crime scene investigators. What an unexpected twist! The turntable we brought along idly sits in its case smugly mocking us.

While we gather our thoughts, the quartet musicians ask us how long the scanning will take, as they need the space to rehearse.  But we have just arrived and gotten started! I gesture to Julia, and while I cannot see her face, I could feel a disturbance in the force as she says, “15 minutes,” in her usual professional demeanor, testing the Calibry scanner calibration. While the scanner cannot decide between good and excellent calibration, I panic internally. She can’t possibly be serious!? How could we possibly stretch out a mere quarter of an hour? Could we scan the walls or the stairs?  I wished to draw out this process indefinitely.

While the quartet decides not to wait for us and proceeds to rehearse, the pair of actors “dies” in front of our eyes as the director accentuates this moment by instructing, “No, move your arm that way.” “Yes, like that.” “Turn your head.” “Open your eyes slightly.” “Dishevel your hair.” “So what if there’s a wig?” “You’re DEAD!” “Die completely!” “Yes!” “Just like that!” “Don’t move!” The light grid gently passes over the non-moving bodies capturing every joint. The Live3D mode on the scanner slowly builds the model on the touch screen. I am almost holding my breath. Is this not a dream come true? Just like in Shakespearean play, there needs to be more dead bodies! Drink the poison Romeo! 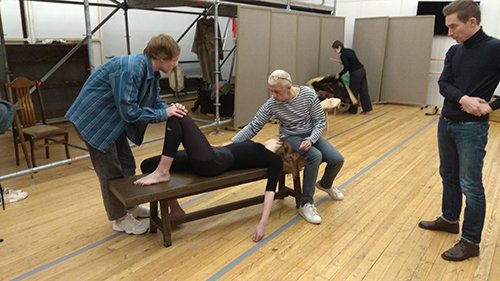 Julia quietly nudges my shoulder and says, “Hey, you ok? Get your things. Let’s go. Do you remember where the exit is?” I stare unresponsively into my laptop. The preliminary post-processing has been completed. Everything looks good. I save, copy, and shut down. What seemed like a typical workday feels like a euphoric daze after an amazing theatrical performance. Except… wait! Wasn’t it?

The chilly autumn air and the city lights shock me back to reality. We load ourselves into a taxi and return to the office to drop off our gear. I am loudly silent and feel oversaturated. I have a lot to process. The evening rush-hour is as viscous as molasses, but I couldn’t possibly care less about the traffic. Mentally I’m still very much in that rehearsal room. The driver weaves in and out of passing cars like a madman and I wish he would slow down. Let me have my moment! Don’t ruin it! Let me savor it. I want to save it in the flash drive of my soul. Just like the flash drive in my pocket, I will not give it up without a fight.