Recently, one of our partners, Terem3D reached out, suggesting a project: use 3D technologies to reverse engineer a hard-to-replace car part.

The company wanted to reconstruct a sub-flap bar after a car accident with the help of Drake 3D scanner and reproduce it on the BigRep 3D printer. The bar was relatively small (45 x 5 cm), had a curvature along all axes and had a broken lug. It would be difficult to measure it using conventional tools, so the Drake scanner was used.

The step by step:

Img. 1-3. The metal car part brought in for scanning. 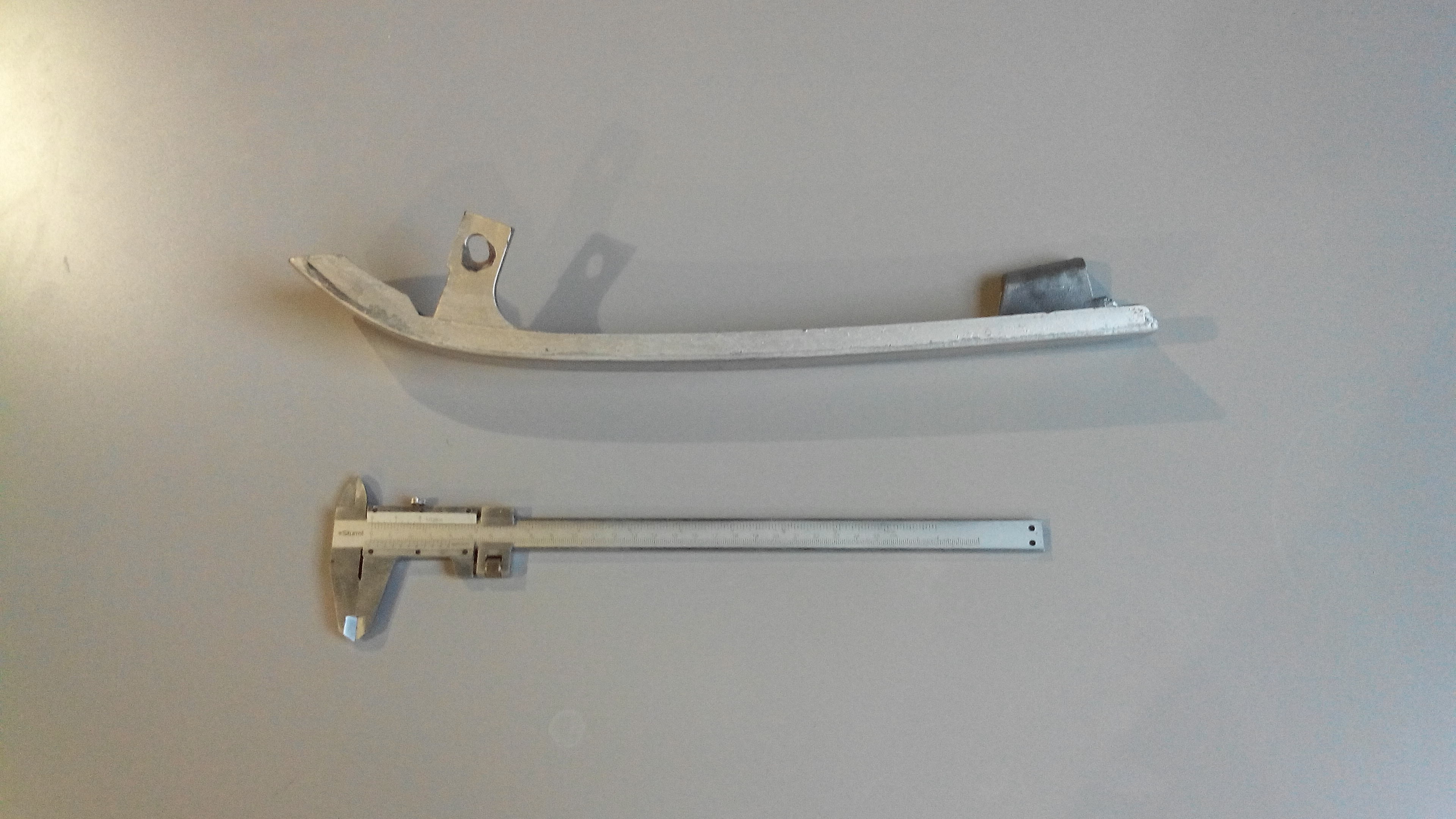 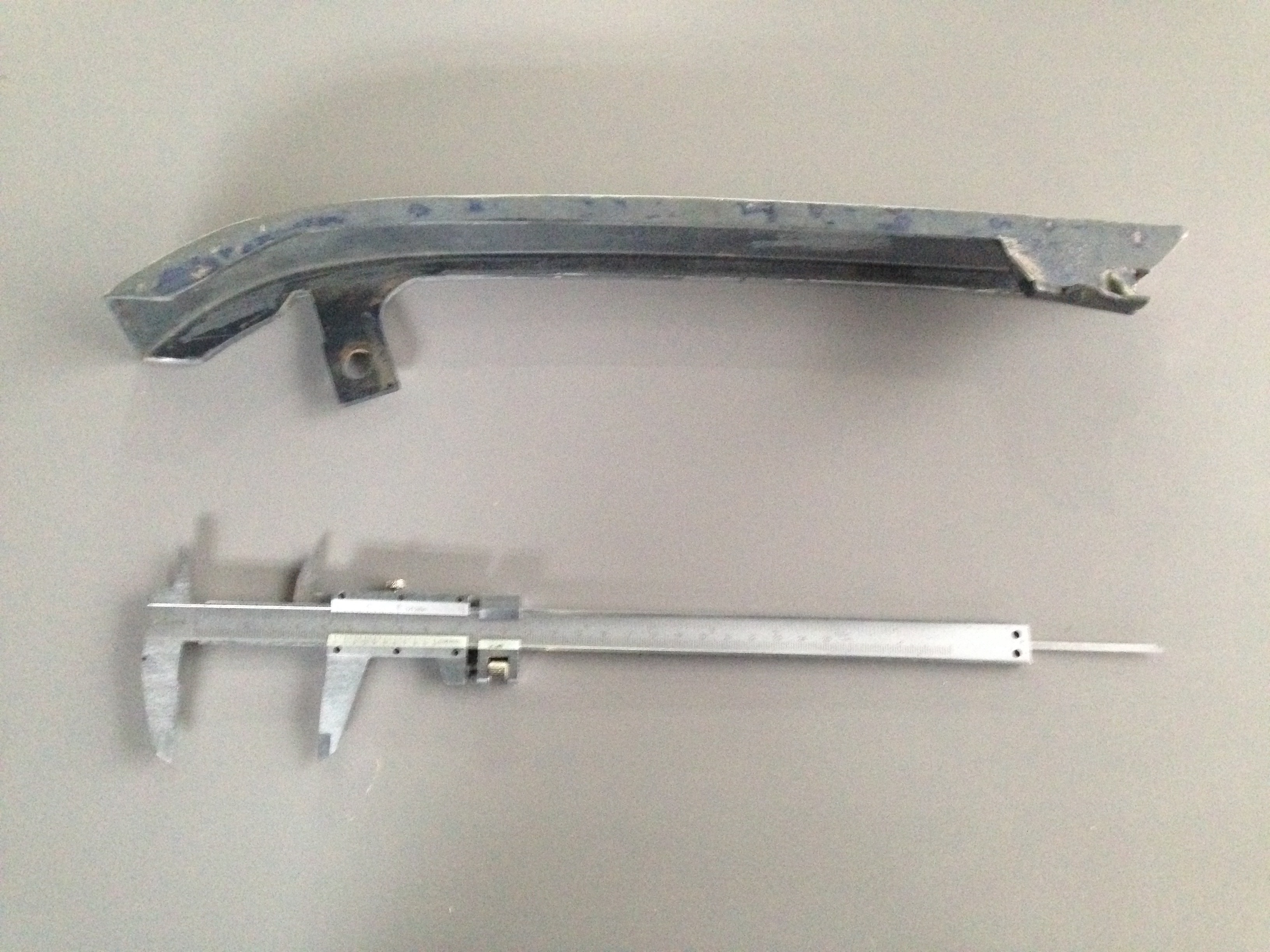 The job itself took a few minutes. We added some crumpled paper around the object to add “geometry” and help with for tracking during scanning. 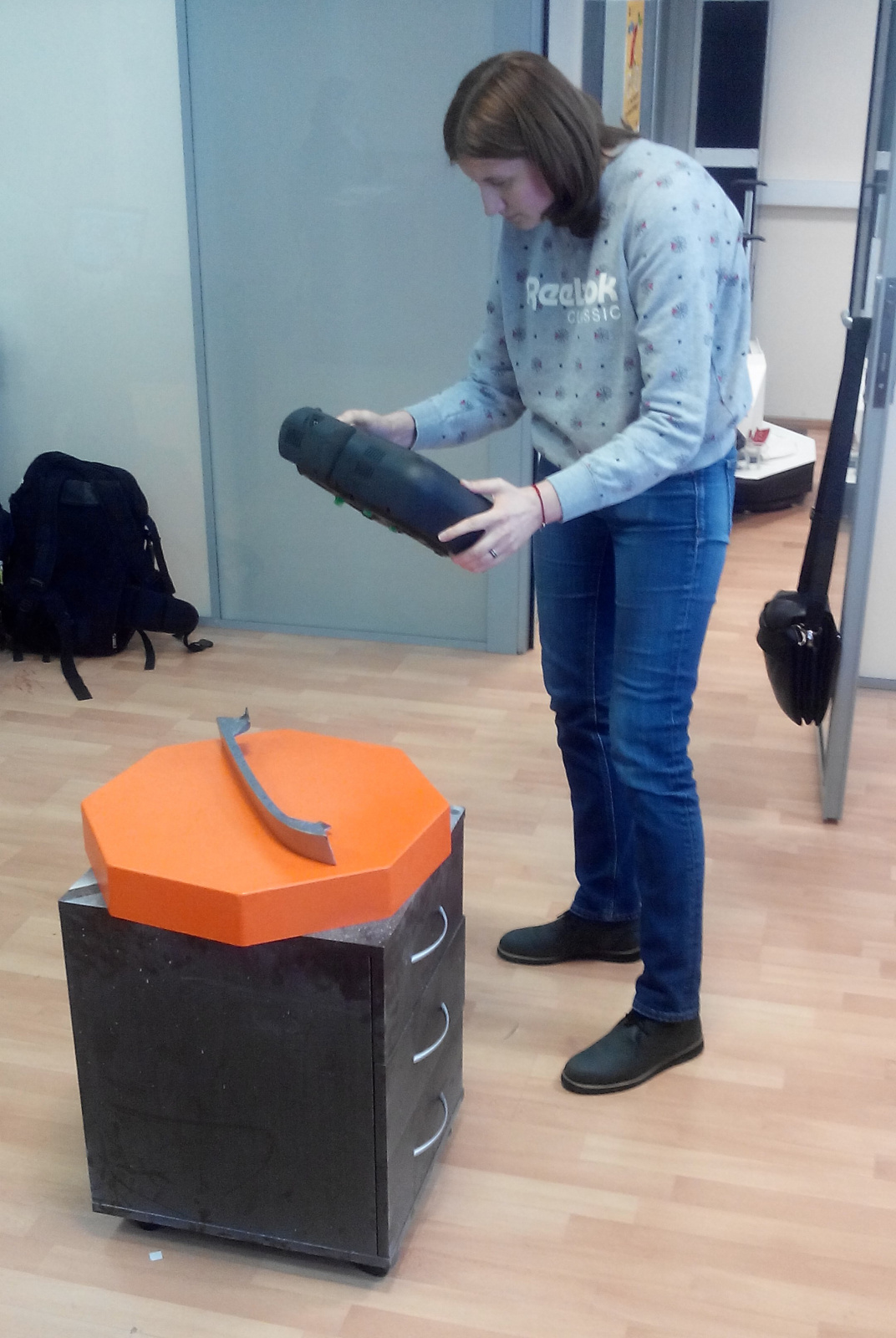 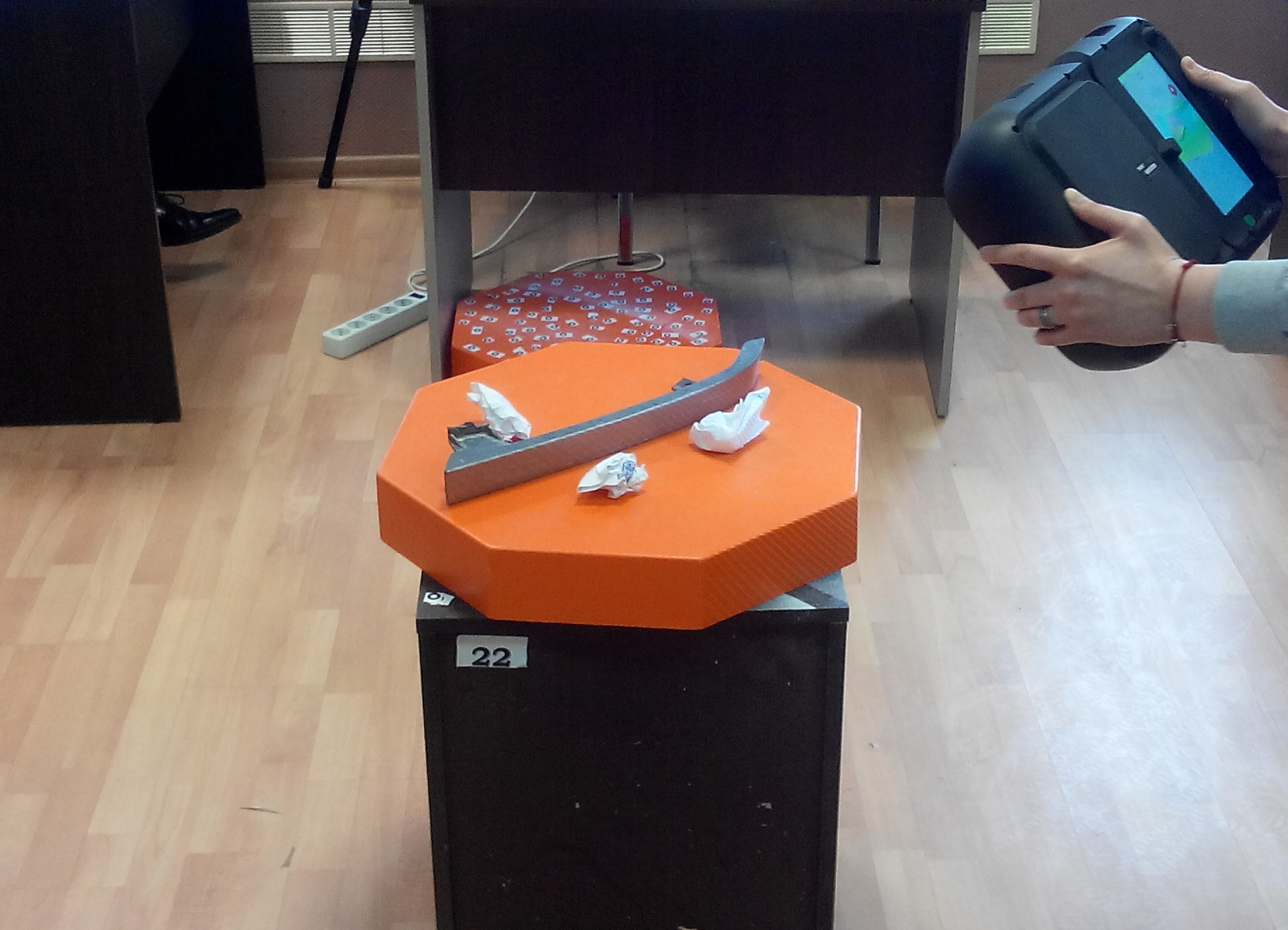 Img. 5. Paper was added around the object to create extra geometry to improve tracking. 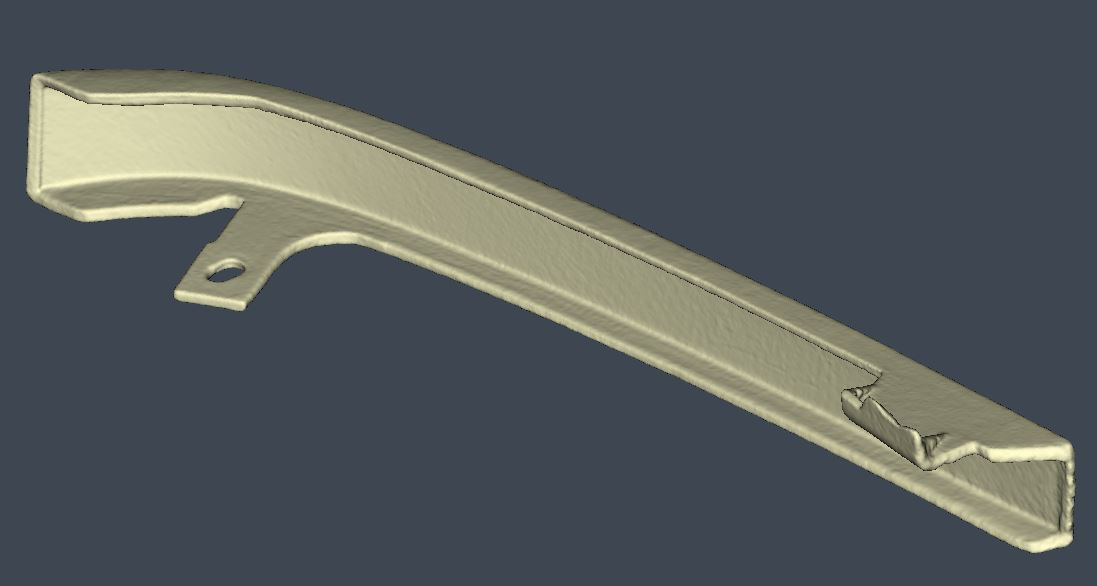 Img. 6. The scan of the broken bar. The chip is clearly seen.

After scanning was done, Terem3D post-processed the scans in the Netfabb software. At this stage, the broken lug was repaired.

Img. 7. Post-processing. The lug was repaired by hand in Netfabb CAD software.

After post-processing, the bar was successfully printed on the BigRep 3D printer ready to be used: 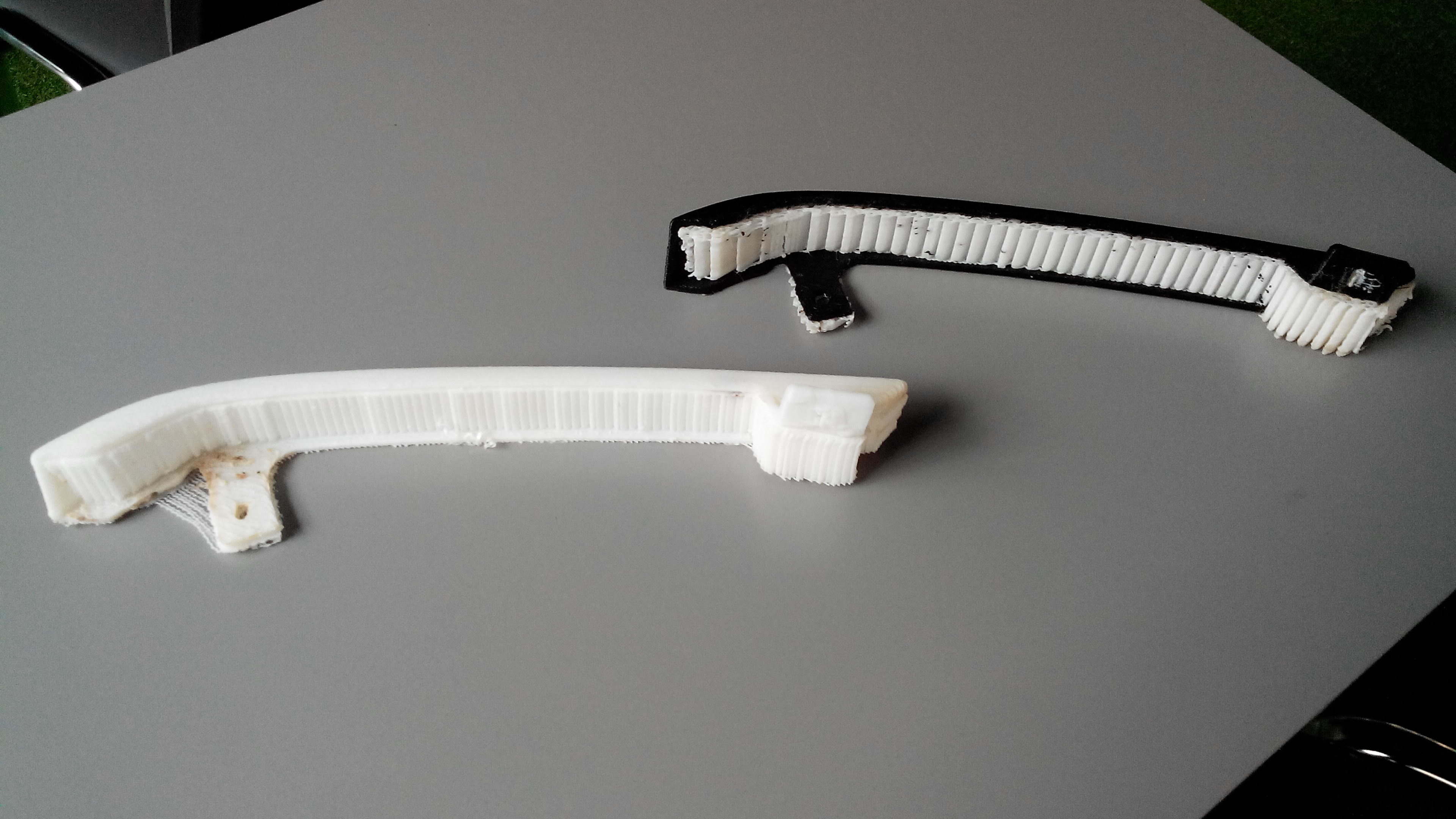 The car was ready to go!