HOW TO APPLY A 3D SCANNER IN METALLURGY

3D scanners have firmly established themselves in various industries, greatly simplifying painstaking work. This time Drake helped in the production of spare parts for the metallurgical plant "Cast-Metal" LLC.

Drake faced a difficult task: to help the foundry produce cast iron components: "the snail", “the lid” and "the impeller" (pump elements for concrete mixes). Previously, these parts were purchased in Japan and the delivery time was a whopping 4 months.

It took Drake Midi 2 minutes to scan the parts, and 5 minutes to create a polygonal mesh for each element. Two more days were spent on postprocessing the data - outstandingly swift compared to months of waiting.

But let’s follow the process step by step. At first, Drake Midi was used to digitize cast-iron parts; this raw data was later turned into polygonal models.

(Polygonal models of the components)

After, that “Cast-Metal” team used the scans to make CAD 3D models. The work took 2 days.

The next stage in the replication of spare parts was the creation of a 3D projection of the casting mold. Measurement accuracy was important up to a millimeter.

After this, the sand forms were created based on the carved wooden models. The metal was poured into the sand forms; after cooling, the finished elements were cleaned and transferred to the customer. In a couple of days, the replicas were ready. 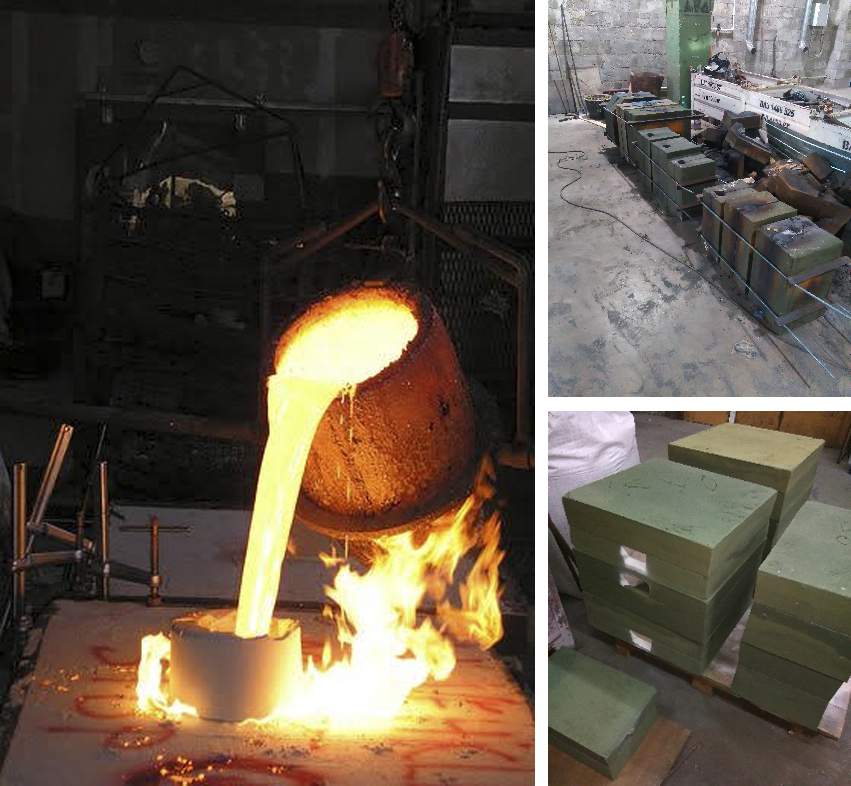 (The last steps of making the replicas: pouring the metal into the sand form and cooling the elements)
Back