Home Blog HOW TO NAME A 3D SCANNER

HOW TO NAME A 3D SCANNER

Lifting the veil of secrecy, I will tell you that our team has been working day and night on a brand-new, never-before-seen, hand-held 3D scanner. And it’s almost here! However this post is not about how great or unique this piece of tech will be. This article is a glimpse into the life of an innovative, somewhat bizarre, yet never-boring team of brilliant techies.

It turns out that naming a 3D scanner is almost as difficult as inventing a 3D scanner. Our team of engineers is ordinarily in harmony with our support, sales, manufacturing and marketing staff, but in the last few weeks we’ve witnessed heated intra-departmental discussions all around our Moscow office and at our manufacturing plant. The debate especially intensified, as the first prototypes started circulating around the office and the topic of color also began appearing in conversations (“What color should the scanner be?”).

So what were some of the name choices? To understand why certain names were suggested, you have to know the key features of the new technology. As we are not yet formally announcing the new scanner, I won’t go into details, but I will say this: it is a hand-held, white light 3D scanner with three sets of interchangeable lenses that never have to be calibrated and can be switched out easily like lenses of a professional photo camera (snap on/off these lenses and you can go from capturing tiny objects such as jewelry to large objects such as cars or furniture). So the new scanner will ultimately have three “heads” and will be able to scan objects of almost any size. Sounds like a breakthrough, right? Our whole whacky team is very excited about the upcoming release (due out this autumn). So what do we call this new device? Here is where the debate starts…

Some of the suggestions (and reasons for rejection) were: 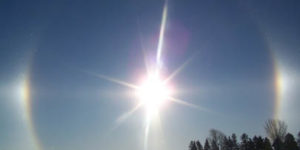 So how did we, finally, name the new scanner? Since the majority of our staff liked “Zmey Gorynich”, we posed a question: “How would we translate that into English?” The answer: “Russian Dragon”. That was too long for the marketing department. Then, we shortened it to “Dragon”. Then, we shortened it again to “Drake”, which is what dragons are sometimes called (especially in online games). So there you go, folks. Please look forward to a new 3D scanner, called “Drake”, out, next Monday, September 12!

PS The reason for my post today, is to make this decision final and to stop the endless discussions, because each new day seems to bring more and more options which are discussed in hallways, at lunch and during meetings. Once this message is posted, the debates should subside and we can go back to our regular work….at least until it’s time to finalize the “color” decision (right now the prototypes are simply white). 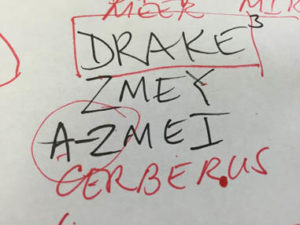