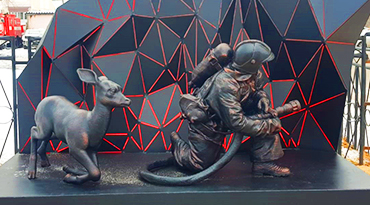 Parc3D is a company that specializes in the production of art objects made of metal using 3D technology. 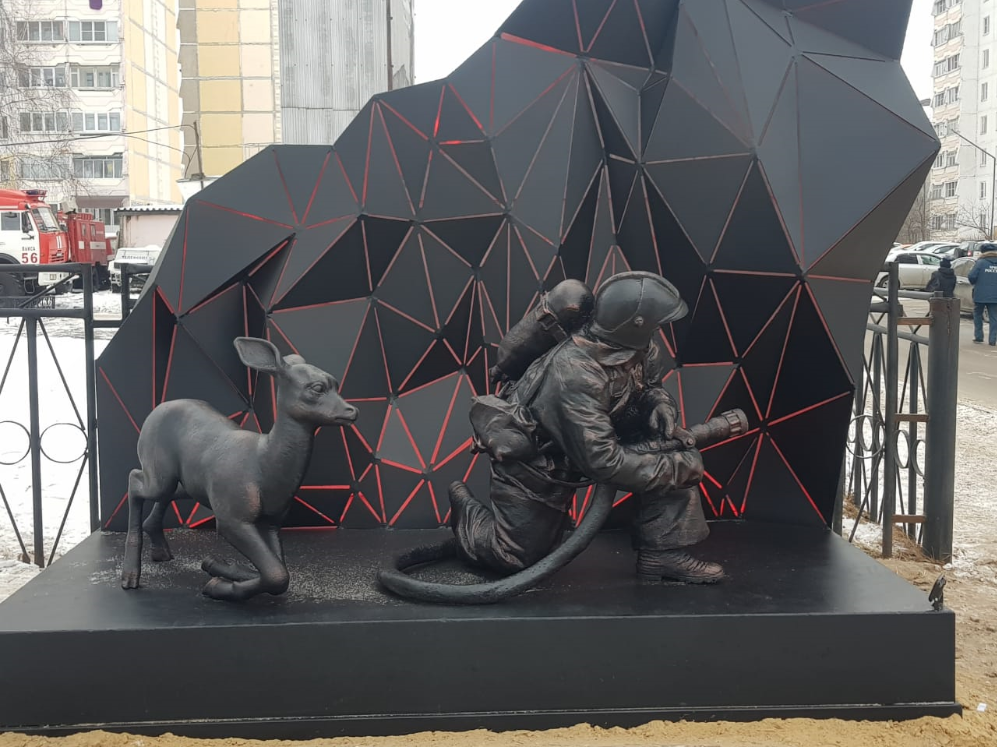 Monument to the Fireman.

Summer 2010 is best remembered for the large-scale fires which engulfed more than 20 regions of Russia. In some counties, the frames were so severe that the residents barely escaped in time.

The scriptural composition dedicated to these events consists of two figures in front of a geometric background. The main figure is a fireman who poses heroically facing the oncoming frames and behind him stands a small cowering faun, symbolizing nature.

Similar to a previous sculptural project, this sculpture was created using 3D technology. First, a person in fireman gear was scanned with a Calibry 3D scanner and then the 3D model was printed on a 3D printer. The faun was created in Zbrush and the background in Fusion 360. 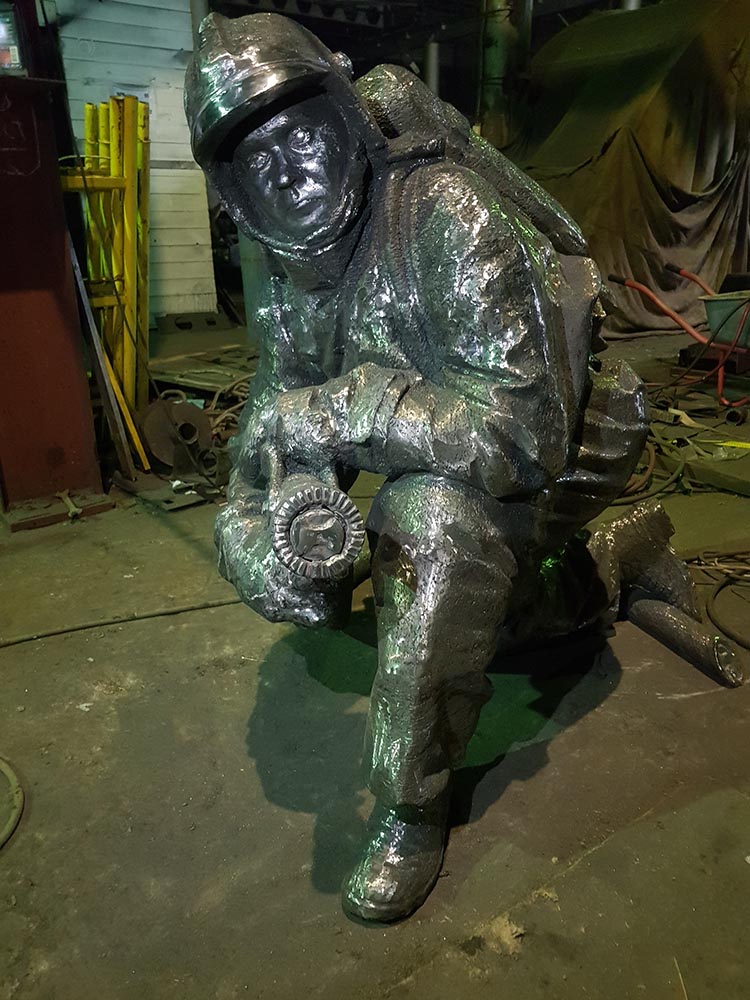 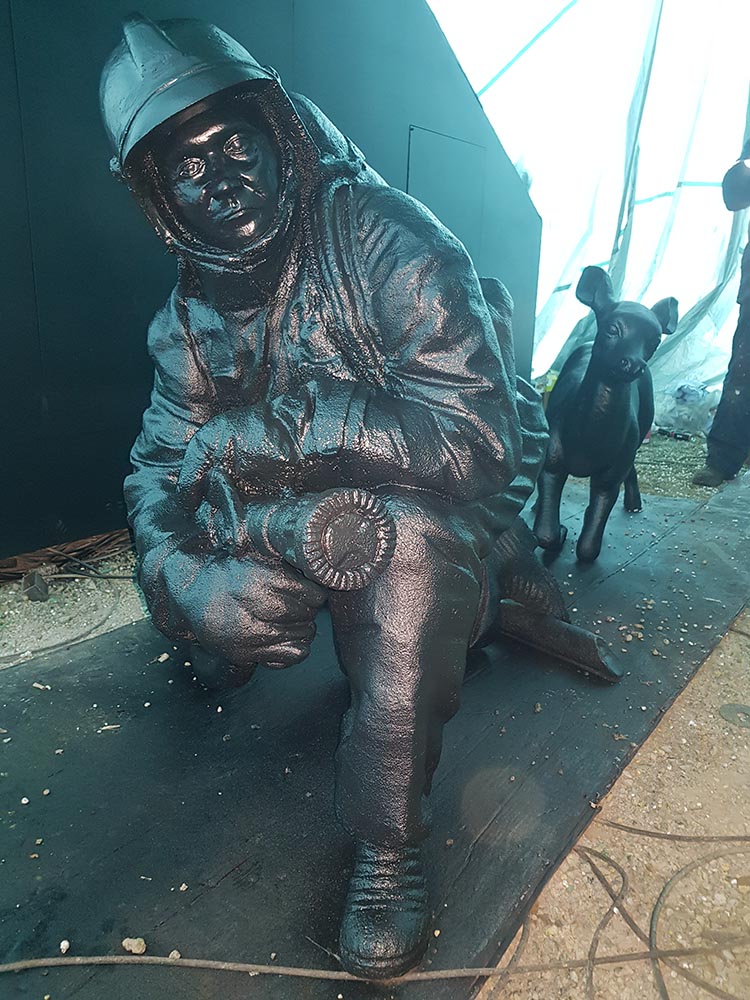 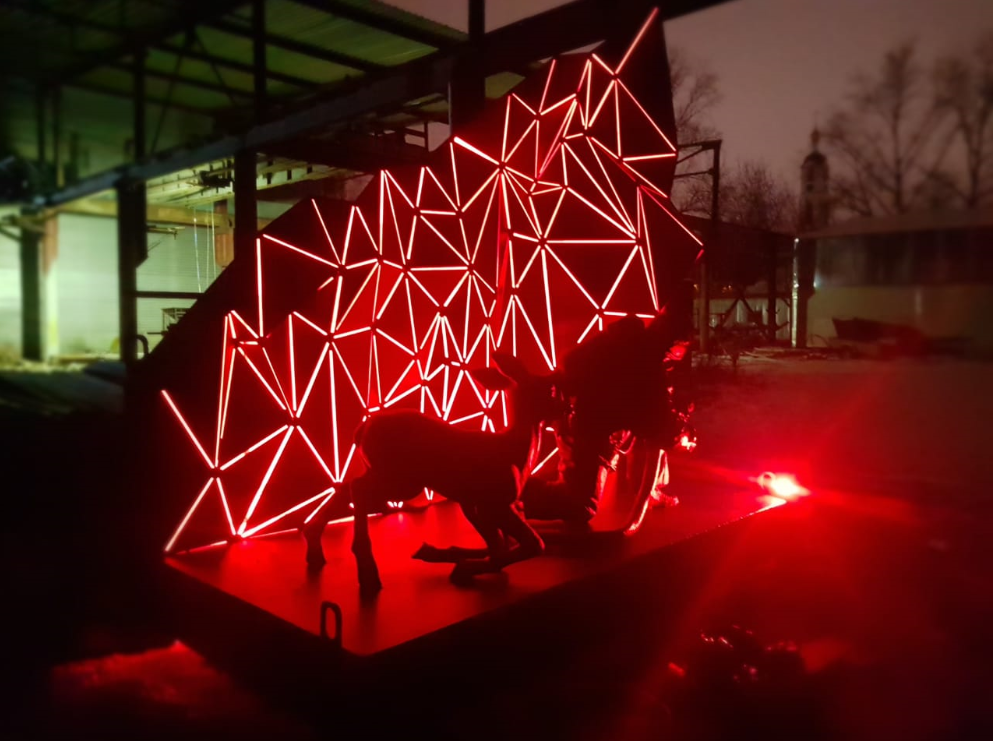 Assembly of the sculpture 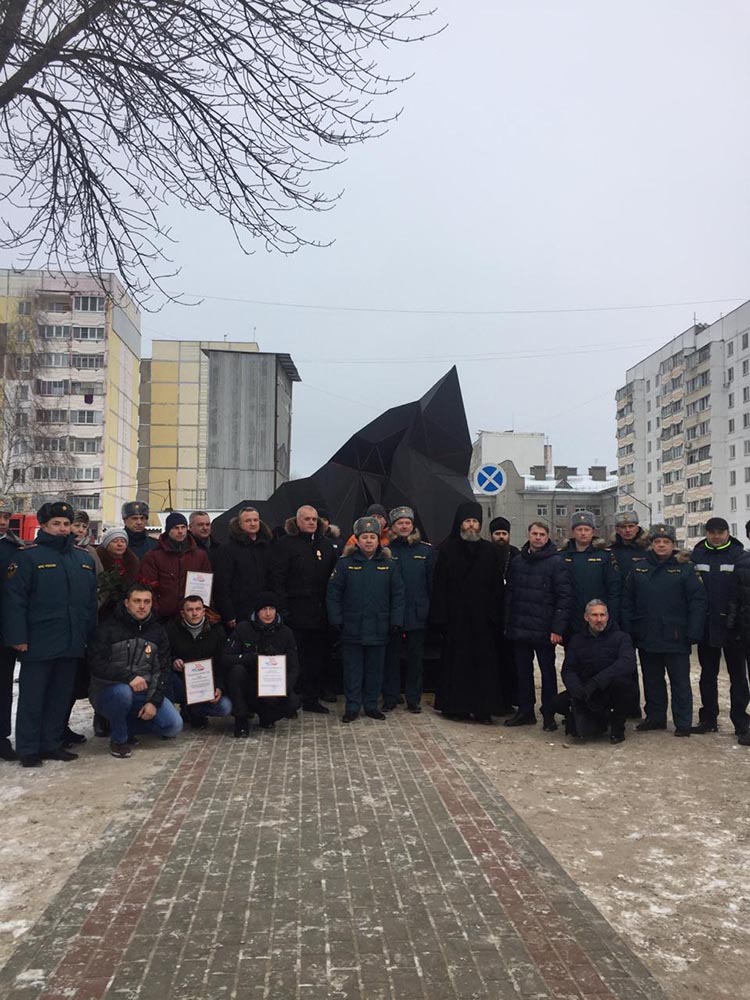 The unveiling of the monument 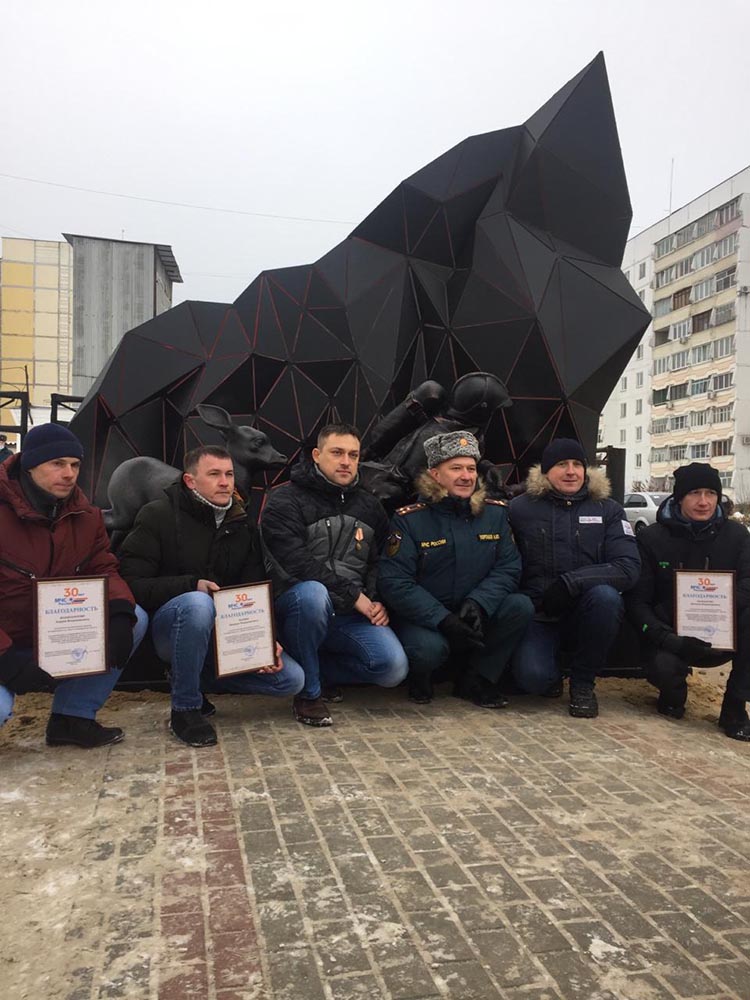 Parc3D team with their certificates

Valery Sinkov, head of the Nizhny Novgorod region of The Ministry of Emergency Situations of the Russian Federation stated: “This monument reflects a historical milestone in the changing attitudes towards safety issues over the past decade. We see how much locals value this memory, and united, we ready to overcome any emergencies or cataclysms.” 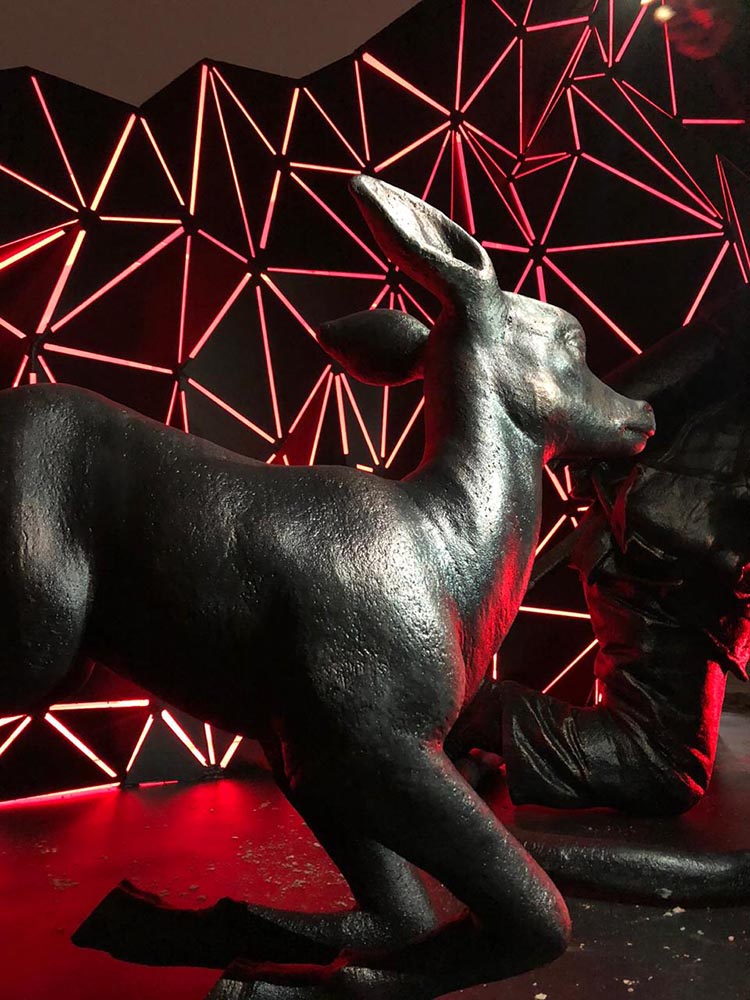 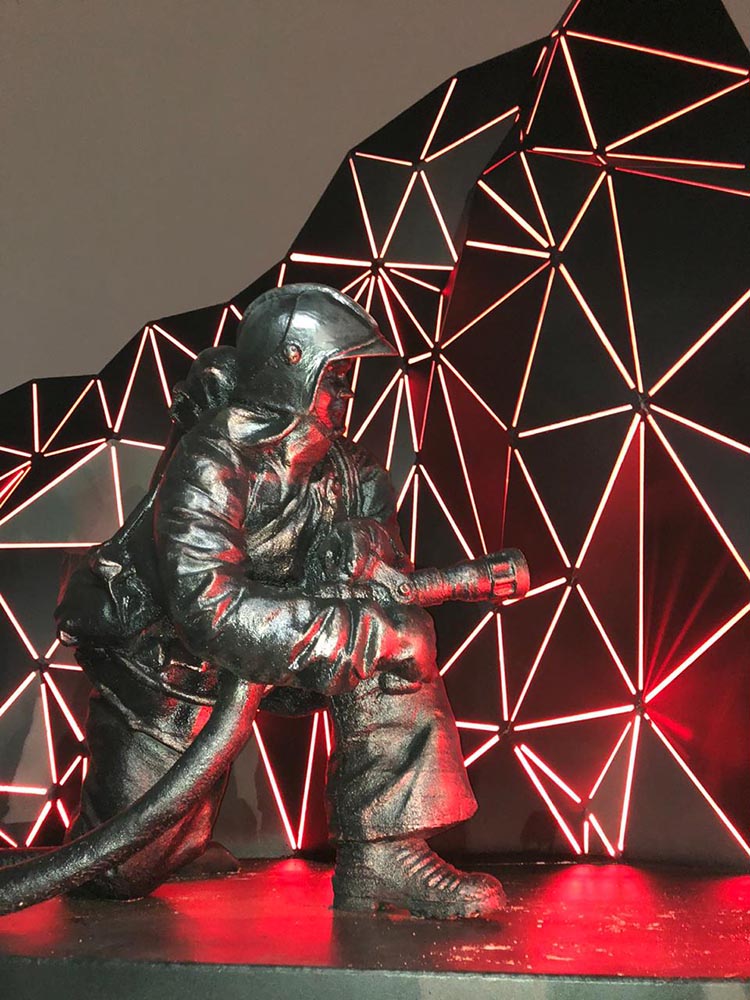